the   Silence of the   Mind

Are you Fit For Life?

Breathing is Breath Flow and Blood Flow. Form is made out of Flow - Union with Flow is Yoga.

Breathing is the means and the end.

Nothing in this universe stands still - it is an Ocean of Motion as it Oscillates and Vibrates!

Breathing is Oscillation as Blood Flow and Vibration as Breath Flow.

In this light Breathing Awareness is the means of Yoga/Union with the Flow of Life and of realizing the true nature of Being...

and it is Always Available!

Breathing is the main source of Prana - Energy!

Have you noticed that life is like the Flow of a river that you cannot push or stop?

Nisarga Yoga is a means of attuning with that Energy Flow via Breathing and practice Energy Body Yoga gives access to a higher intelligence than book learning and general knowledge. That higher intelligence is called Buddhi and action that arises with it is the definition of what the Bhagavad Gita speaks of as Yoga, which is that Yoga is skill in action. It is this skill in action that provides the widespread benefits to health and well-being and simultaneously it is a way to understand the deeper questions of life like, "Who am I?"; "What is life - does it have a meaning?";  "What does it mean to be new?"

Absolute freedom is natural being. Joy, peace, space, relaxation, etc. are attributes of your true nature. Ancient sages saw that most humans had lost this most basic freedom and they prescribed a means for us to rediscover our true being.

Yoga is what they prescribed and it is as relevant today as it was thousands of years ago. Yoga is a vast art and science with many branches. Each branch studies an aspect of truth, and ultimately all branches foster the realization of the true nature of being.

Energy Body Yoga practice is in the timeless present. It is the living process of exploring truth and understanding true being now. Yoga is the means and the end.

The body-mind is a manifestation of truth, and it is innately intelligent. This intelligence, Buddhi, is one’s inner guru or teacher. The superior health benefits of yoga are extensive and are by-products of precise alignment and Choiceless Awareness, which are the foundation pillars of the practice.

Nisarga Yoga or Energy Body Yoga is a form of Hatha Yoga. Practitioners explore their closest environment, the body-mind, via breathing, the physical challenge and precision of Iyengar Yoga and the wisdom of Advaita Vedanta and Kashmir Shavism.

Yoga has traditionally been transmitted directly from an authentic teacher to the student. Because it is experiential in nature, this is the best way to study yoga. The books, tapes, and videos available today are recommended as aids to compliment an established practice and at times when one does not have access to a qualified teacher.

What is yoga? Yoga means union. Breathing Awareness is the means. 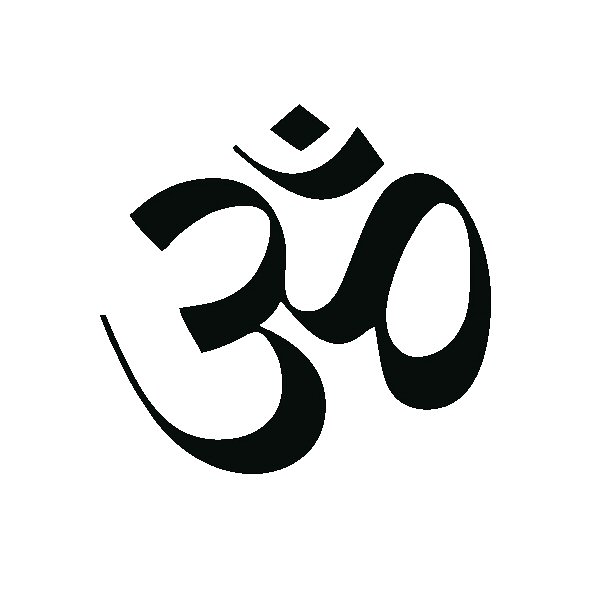 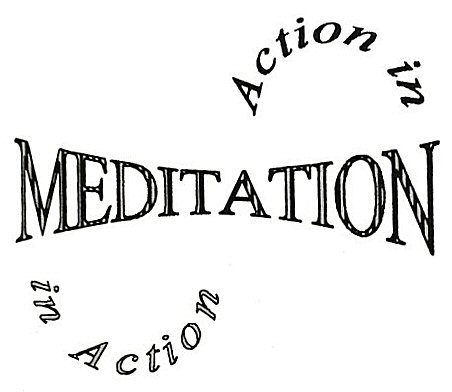 "An improvement in posture and breathing is not the sole nor even the primary aim of yoga. Instead, it is either a therapeutic method of freeing the mind from false beliefs, or the insight into ultimate reality, the dharmas, achievable by this method. Yoga is an intrinsic and integrated system consisting of metaphysics, the philosophy of mind, the theory of knowledge, ethics and the philosophy of language." ~ Patanjali

Yoga is an ancient art and science that has many branches, all of which study the relationship/union of things. It is in the very nature of a mistake to cease to be, when seen. Energy Body Yoga is a means of accessing the higher intelligence of Buddhi, which is a way of seeing or understanding as insight or clarity. In this way the practice of Energy Body Yoga is the dynamic art of effortlessly dissolving barriers to reveal the existing universal connections and to allow the full flowering of goodness and health.

Breathing Awareness is simultaneously the beginner's and most advanced yoga practice, it is the master key to health and well-being, and, to understanding the mysteries of life.

Asanas (yoga poses) are of a branch called Hatha Yoga. People have been practicing Hatha Yoga for thousands of years to promote inner peace, holistic health, and longevity, etc., and to rediscover genuine freedom and innocence.  Asanas are the foreground activity that occur against the background of meditation, they are action in meditation and meditation in action. Initially the practitioner tends to focus on the physical precision and benefits, and as practice matures one sees that the asanas are pointers to the meditative mind and there is the realization that true being is available now. Asanas represent the third limb of the eight limbs of Patanjali's Yoga [the eight limbs of Astanga or Patanjali's Yoga are: Yama, Niyama, Asana, Pranayama, Pratyahara, Dharana, Dhyana, and Samadhi]. 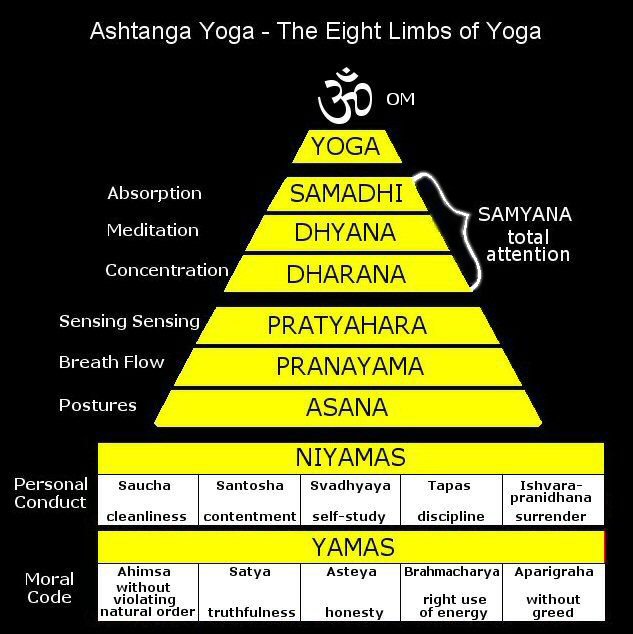 - The five Yamas and five Niyamas, which are foundational moral and ethical guidelines.

- Asanas focus on the body.

- Pranayama focuses on the Flow of Breathing.

- Dharana, Dhyana and Samadhi focus on the mind as Samyana-Total Attention [Dharana-Concentration, Dhyana-Meditation, Samadhi-Absorption- understanding the true nature of being].

Ahimsa is the key to the application of the Yamas and Niyamas as it means without violating natural order and this is so because the other moral and ethical guidelines naturally flower out of Ahimsa. The other six limbs of Astanga Yoga concern the Body-Asanas, Senses-Pratyahara, and Mind-Dharana-Dhyana-Samadhi, the link between the Body and Mind is Breathing-Pranayama [note that Pratyahara is the Switchover of focus from the Body to the Mind via the relationship with the Senses and that like all of Yoga this Switchover is in sync with Breathing-Pranayama - it is the switchover from attending to physical sensations to the feeling space of a pose].

The spacious, silent, meditative mind is the explosion of Love. Love knows no separation. To it far is near. It is not the one or the many, but rather that in which all division ceases.  Like Beauty and Truth, it is not of the measure of thought. From pure stillness alone the meditative mind governs action, energy body yoga practice is the choiceless awareness of this action as it animates the body-mind. Its movement manifests with flawless ease and harmony. This is the benediction that one is ever seeking.

In the absence of even the idea of absence there is Presence, the experiential understanding of this is yoga.

Every sage has said, “Know Thyself.”

What is Energy Body Yoga?

Will yoga help me in my daily life?

What does it mean to be new?

Will practicing yoga reduce my stress? … Relieve my back pain? …Can I be flexible?

True Relaxation… The Ease of Being!

What does it mean to Listen?

James Traverse is a revered student and semi-retired, senior teacher of Energy Body Yoga, Nisarga Yoga, who has over 40 years of experience in the practice and teaching of yoga.

James studied Iyengar Yoga with Lisa Schwartz for 8 years in the 1970’s and went on to complete many intensives, conferences and apprenticeships with senior Iyengar teachers in various locations globally. In 1987 he studied Iyengar Yoga directly with B.K.S. Iyengar and Geeta Iyengar in Pune, India. He began teaching on a full-time basis in 1985 when he moved to Halifax and founded ‘Iyengar Yoga of Halifax’.

In 1990 he moved to Victoria, B.C. where he continued to teach, and while living there he expanded his yoga studies to include Advaita Vedanta and Kashmir Shavism, with Jean Klein, a medical doctor, musicologist, and sage. James’ Advanta Vedanta and Kashmir Shaivism studies were from 1990-1996, in Seattle, Wash., Joshua Tree, Ca. and New York, N,Y.

Today James again resides in Halifax and teaches Energy Body Yoga, Nisarga Yoga, which is a blend of the technical precision of Iyengar Yoga, the energy body flow (the breath body) of Kashmir Shavism and the nondual wisdom of Advaita Vedanta. 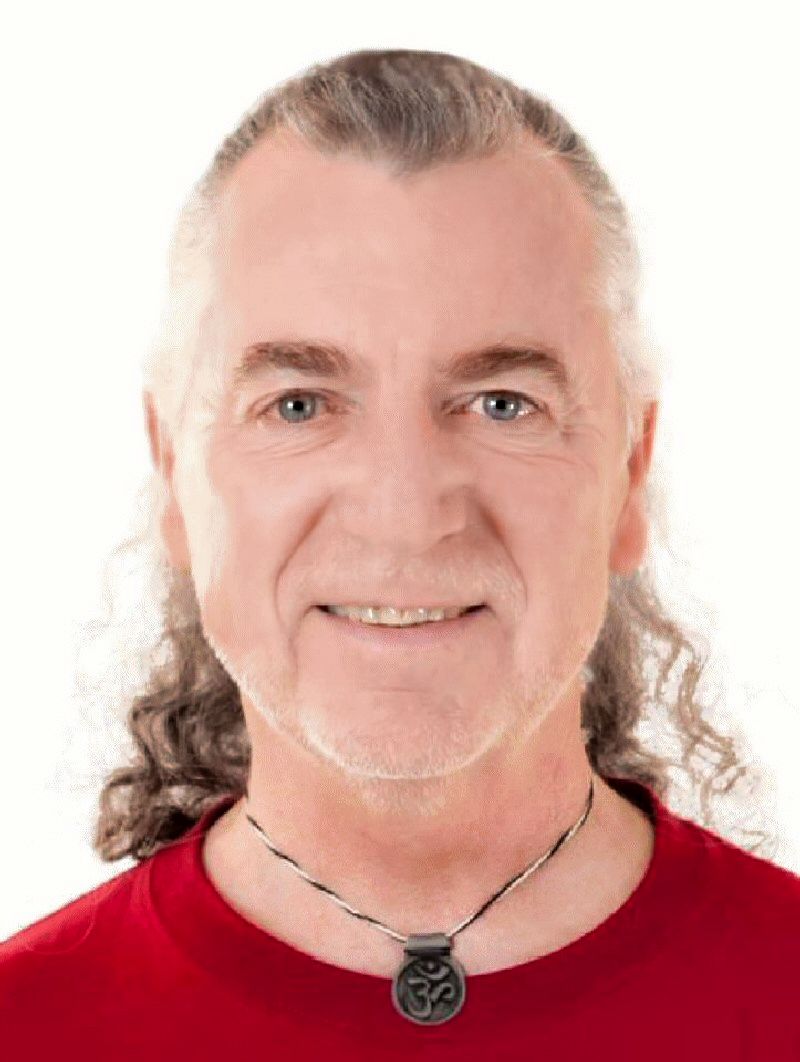 facebook: Yoga for Health and Wellness with James Traverse